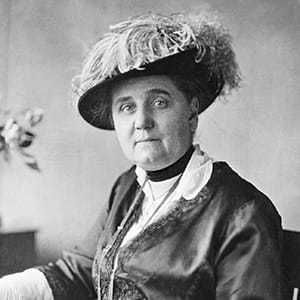 At the turn of the century, Chicago was home to a group of inspired women—the Hull House reformers—who were determined to shift social policy toward interventionism and address the needs of Chicago families. National and international changes to government, including the enactment of the Social Security Act, the Juvenile Court system and the formation of the U.S. Children’s Bureau at the Department of Labor was all due to their work.

In 1911, these ground-breaking reformers formed the Joint Committee for Vocational Training, today known as SGA Youth & Family Services. The agency was founded by Sophonisba Breckenridge, PhD, JD, Edith Abbott, PhD, JD and Grace Abbott, BA—also the founders of the forerunner to the School of Social Work at the University of Chicago. Other notable Chicago women involved at the time include Jane Addams, the agency’s first Board President, Florence Kelley, JD and Alice Hamilton, MD—all of whom lived at Hull House.

In that era, Illinois law allowed children to go to work at age 14 and many low-income families depended on those additional earnings. But uneducated children had difficulty finding and keeping jobs; when they did, it was often seasonal or grueling manual labor. In response, the Joint Committee’s earliest mission was to provide scholarships for vocational education and training to the children of Chicago’s most vulnerable families. These young people learned valuable skills that enabled them to become long-term contributors to the financial health of their families.

In the years since 1945, SGA became one of the principal providers of mental, emotional and social health services to the young people of Chicago. As a result of this leadership role, the Chicago Public Schools (CPS) turned to SGA for assistance. For the past half century, SGA has been one of CPS’s most trusted in-school collaborators.

In 2003, SGA became known as SGA Youth & Family Services in recognition of the important role that families play in the mental, emotional and social health of their children.

In 2004, SGA became one of just four agencies to collaborate with the Chicago Public Schools to provide the Early Advantage Prevention Initiative for parenting and expecting teens. That same year, after encouragement from the Ounce of Prevention, SGA expanded to provide Early Head Start and Head Start services in some of Chicago's most challenged neighborhoods.

In 2012, SGA launched its Workforce Development services, providing youth ages 16-24 with both technical and soft skills, opening the door to new career opportunities and long-term financial success for youth and families.

Over the past 10 years, SGA’s operating budget has more than tripled from $2.7 million in FY 2006 to $14 million in FY 2020, and the number of full-time employees has almost quadrupled from 30 to more than 250. SGA currently operates throughout the greater Chicago area, and serves more than 21,000 children, families and communities annually.

The work in Chicago is not yet done. Today, SGA is breaking the cycle of poverty and providing a Cycle of Opportunity© through wraparound services in parenting, early childhood education, education support services, and workforce development. Through our four pillars of success—innovative services, sustainable programs, collaborative efforts and measurable outcomes—SGA is transforming Chicago’s most challenged neighborhoods into healthy communities.